The Dirty Profits 6 was released in May 2018 and reported on violations committed by mining companies including environmental and human rights violations. One of the companies covered in the report was Anglo American, a large multinational mining and raw material processing corporation. There were two cases in the Brazilian state Mina Gerais in March 2018 that lead to considerable pollution due to leakages that were found in the iron pipeline.   ... → 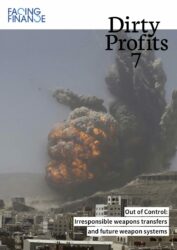 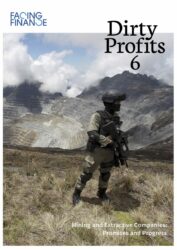 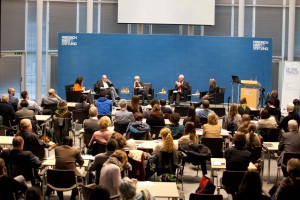 The opening of the exhibition “DIRTY PROFITS: commodity investments and the consequences for man and the environment” in cooperation with the Friedrich-Ebert-Stiftung, on April 02, 2014, was a resounding success. More than 100 visitors interested in pursuing an exciting panel discussion with experts, NGO s, and Members of the German Bundestag were able to engage in discussions regarding banking and the consequences of German and European commodity investments and ways to regulate this.   ... →

In a recent interview with the Frankfurter Rundschau, Frank Annuscheit, Commerzbank’s Chief Operating Officer and head of the Bank’s Environmental Committee, promoted the bank’s progressive turn towards “green” policies aimed at making the bank more sustainable and environmentally friendly. However, when confronted with the findings of the Dirty Profits report – which outline the bank’s financial involvement with controversial companies known for extensive human rights and environmental damages (e.g.,   ... →