Have you always wanted to know what your bank does with the money you entrust to it? Is your money being invested in the production of weapons? Does it finance companies that violate human rights? Does the bank show consideration for labor rights? And what does your bank’s carbon footprint look like? On our Fair Finance Guide project website, you can check how your bank is doing in terms of social and environmental responsibility!

You invest in funds? But do you also know how the return is generated? Does your fund still promote coal despite heat waves and climate change?

The “Fair Funds” database includes mutual funds from the major providers Allianz, Deka, DWS, Union Investment, as well as selected sustainability funds and ETFs, and regularly checks their portfolios for investments in controversial companies. Is your fund included? Find it out in our database.

The database is the successor project of the “Fair Pension” initiative of Facing Finance e.V. and is currently funded by the Grassroots Foundation. Facing Finance has been operating the database together with urgewald since October 2021.

The publication “Dirty Profits”, published by Facing Finance, not only shows which companies violate human rights, pollute the environment or harm the climate, but also traces the financial flows back to the banks. Because nothing works without money. Banks are the backbone of these companies, which is why consumers should make their banks aware of such cases. The last three editions deal with companies in the plastics and arms industries, as well as with companies that are responsible for serious human rights violations. Does your bank finance controversial companies? 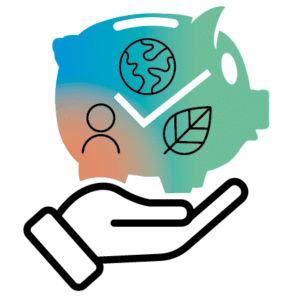 Whether Yemen, Syria or Libya – devastating wars have caused much suffering in recent years. Some companies earn money by transporting armaments to war zones or producing, repairing and upgrading weapons for warring parties. ExitArms, the new database by urgewald and Facing Finance, now makes these arms flows visible and analyzes about 500 companies that have upgraded warring parties worldwide between 2015 and 2020. Which corporations profit the most from wars? And does your fund invest in one of these corporations?

The use of autonomous weapons will radically change the nature of future warfare. Against this background, the Campaign to Stop Killer Robots is a necessary civil society response to this threatening development. It now comprises 180 non-governmental organizations from a wide range of countries and was founded in London in April 2013 at the initiative of Human Rights Watch and the International Committee for Robot Arms Control (ICRAC), among others. At the request of the international campaign, Facing Finance e.V. coordinates its activities in Germany.