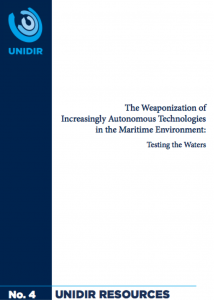 The United Nations Institute for Disarmament Research UNIDIR prior to the UN General Assembly has published a paper (Testing the Waters) which looks at the dangers posed by cyber attacks on autonomous weapons and warns that the first range of fully autonomous weapons are expected in the maritime sphere.   ... →

Berlin/Köln, 19.05.2015 On the occasion of the upcoming Annual General Meeting of Deutsche Bank this Thursday (21.05.2015) the bank has been criticized by an alliance of environmental and human rights organizations (NGO’s).   ... → 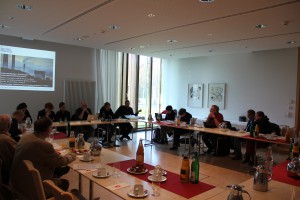 (Berlin, 09.12.2014) – Under EMBARGO until 11:00 – In anticipation of the International Day of Human Rights (10.12). FACING FINANCE is launching their new report entitled DIRTY PROFITS 3. The report is a joint project by civil society organisations, with research and information provided by over 30 authors from 10 countries.   ... →

In Peru, the international community is again discussing climate change and the necessary measures to effectively protect the climate. The exit from fossil fuel based energy within the next 50 years is unavoidable.
The current negative trend of the oil price causes investors to reflect expensive and climate and environment damaging oil extraction methods, though climate and the environment are minor concerns compared to profit, as investments in oil companies would pick up as soon as the oil price starts rising again.   ... →

For the third year in a row, Wal-Mart employees went on strike on Black Friday calling for higher wages and fairer working conditions. Despite fears of retaliations against workers who participated in the protests, some 1,600 stores were affected, with the protests including among others a 24-hour fast, sit-ins and even some arrests. Black Friday is the biggest shopping day in the US, with some 22 million customers having shopped at Wal-Mart this year’s Black Friday alone.   ... →