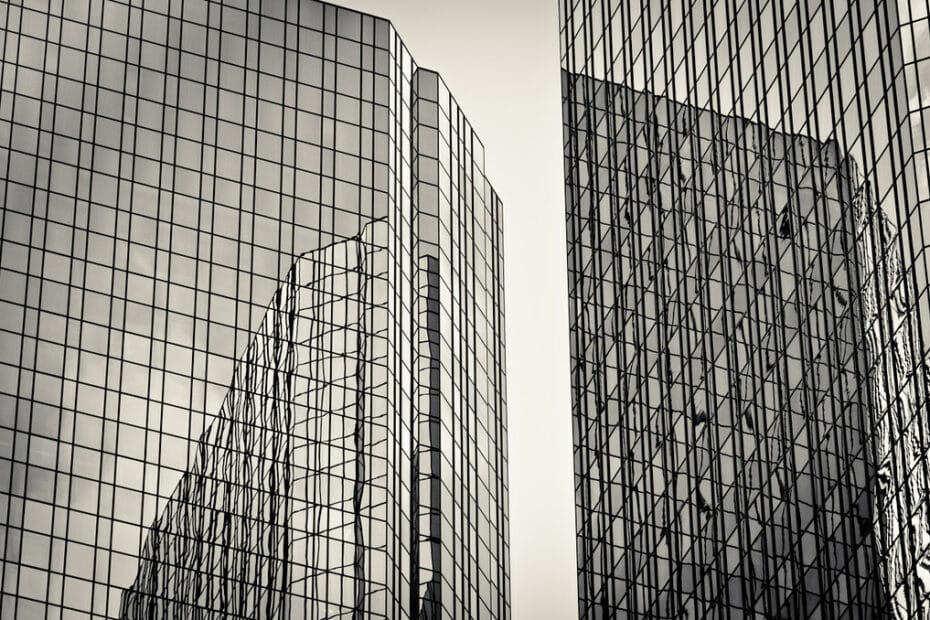 It has been almost a year since Desiree Fixler, the dismissed former head of ESG at DWS, publicly objected to the quality of DWS’s sustainable investments. The exact accusation: The asset manager is too careless with ESG criteria and the valuation of investments. In an article in The Wall Street Journal, Fixler criticized Deutsche Bank in its claim that as early as 2020, half of DWS’s investment assets – about 459 billion euros – were subject to ESG integration. This, she said, was a systematic exaggeration of the extent of its commitment to sustainable investments, also known as Greenwashing. Therefore, in the summer of 2021, Fixler had contacted the U.S. Securities and Exchange Commission (SEC) and the U.S. Federal Bureau of Investigation (FBI), whereupon the latter started an investigation into investment fraud.[1][2]

At the beginning of 2022, the greenwashing allegations also prompted the public prosecutor’s office in Frankfurt to start an investigation. In doing so, the authorities refer to a former DWS employee who had previously provided information to the U.S. authorities as a whistleblower.[3] This raises the suspicion that the former sustainability chief is pivotal for the investigations. The accusation of prospectus fraud is so far directed against unknown responsible persons at DWS, but is already a sustained show-stopper. On the morning of the 31st May 2022, around 50 officers from the public prosecutor’s office, BaFin (German Federal Financial Supervisory Authority) and the Federal Criminal Police Office searched the offices of Deutsche Bank and its subsidiary DWS in Frankfurt.[4] Already in the same night after the raid, the former CEO of DWS Group, Asoka Wöhrmann, announced his resignation. After the annual general meeting on the 9th of June 2022, he is replaced by Stefan Hoops. Hoops is regarded as a confidant of Deutsche Bank CEO Christian Sewing and must now use his capital market expertise to solve compliance problems and dispel allegations of prospectus fraud.[5][6]

Even before the investigations, our consumer portal Faire Fonds criticized the green coat of some DWS funds. Since 2020, the portal provided by Facing Finance and urgewald has analyzed the portfolios of various retail funds for controversial business practices. In the process, our analyses reveal significant shortcomings in the observance of social-ecological criteria. The alarming results of the latest update of the database were, among others, picked up by the Financial Times [7]: Of the analyzed retail funds with ESG labels, more than 40% are invested in defense contractors and only less than 10% are entirely free from controversial investments. With reference to Faire Fonds, German news programme Tagesschau had already reported on greenwashing suspicions in investments in December 2021.[8] Particularly affected: DWS funds. The ESG-labeled index fund Xtrackers MSCI Europe Energy ESG Screened ETF of DWS, for example, has 88.97% of its fund volume invested in controversial companies. A quarter of that fund’s volume is invested in TotalEnergies (reporting date: 31st of March 2022), a company that not only continues to rely on oil and gas, but is also responsible for significant environmental damage and human rights abuses. The sustainability fund classifies itself as an “Article 8” fund under EU Regulation 2019/2088 (Regulation on sustainability‐related disclosures in the financial services sector).

Of the total of 137 ESG-labeled funds managed by DWS that were examined, a full 123 are invested in dirty assets. A negative example is the Xtrackers MSCI Europe Materials ESG Screened ETF1C. Despite ESG screening, the fund’s portfolio includes Rio Tinto, Glencore and HeidelbergCement, three companies that are among the world’s largest carbon dioxide emitters and are responsible for large-scale environmental destruction and human rights violations in the Global South. These three companies alone, with more than 15 million euros of invested capital, account for almost a quarter of the total fund volume (reporting date: March 31, 2022). Rio Tinto regularly appears in our publications with its public controversies and, like mining and commodities trading company Glencore, is regularly under attack by civil society. Glencore came to the attention of a wider public in 2017 with the publication of the Paradise Papers, which involved allegations of corruption surrounding the Congolese Katanga mine.[9] The commodities group continues to operate in the Democratic Republic of Congo. HeidelbergCement, through its subsidiaries PT Semen and PT Sahabat Mulia Sakti, is involved in the destruction of the Kendeng karst mountains in Java, despite ongoing protests by the local population. Glencore’s troubling business practices in Congo and HeidelbergCement’s in Indonesia are detailed in our latest Dirty Profits 9 report, “How much pain for Corporate Gain?”.

The multi-asset fund managed by DWS with the promising name ARERO – Der Weltfonds – Nachhaltig (ARERO – The World Fund – Sustainable) is another devastating example of the discrepancy between green marketing and sustainable reality. This fund contains no less than 181 different assets of controversial companies, including Amazon, Nike, Nestlé, Procter & Gamble, ExxonMobil, Unilever, Glencore, TotalEnergies, Pepsi and Apple, each with a comparatively low investment amount, though. This investment, which explicitly advertises with the term ‘sustainable’, is thus packed with corporations that make negative headlines around the world in the areas of human rights, environmental degradation, climate change, labor rights and plastic pollution.

These figures illustrate the fundamental problem of ESG-labeled funds. While the total amount of invested capital in sustainability funds of European asset managers has reached a new high of 1.337 trillion euros,[10] there is a heated debate about what sustainable investments actually are and what ESG labels actually mean. Elon Musk went into a frenzy in May this year when his car company Tesla was not listed in the top10 ESG companies of the S&P 500, calling ESG ‘a scam’ and ‘the Devil Incarnate’ via Twitter.[11] At the World Economic Forum in Davos, the issue was discredited as ‘Woke Capitalism’ in the wake of conservative backlash: The full integration of ESG criteria in all business areas was left-wing agenda, i.e. companies that do not operate exclusively for pure profit maximization mixed political social justice morality with business.[12] But even apart from populist agitations by entrepreneurs with a large online reach, there is well-founded criticism of ESG labels and the opaque criteria of sustainability rating agencies.[13] ESG is on the verge of becoming a completely meaningless acronym if the major investment banks and rating agencies define their own sustainability conditions, which are neither transparent nor objectively comparable. In practice, this means that the energy fund of DWS, for example, can be labelled as ‘sustainable’ by excluding armaments and tobacco, even though it invests almost exclusively in fossil energies. This is what the EU Disclosure Regulation stipulates with Article 8 funds, according to which social or environmental aspects must be taken into account in the selection of investment criteria, but no explicit sustainability objective must be pursued. These funds can then be advertised as ESG funds, which leads to sustainability funds being perceived as a pure marketing tool of the financial industry.

From a consumer point of view, this procedure is difficult to understand, which is why the EU regulations need to be revised substantially. At the beginning of 2022, a new set of rules was introduced, the EU taxonomy on sustainable investments, which integrates a classification system into the EU disclosure regulation. But even here, the specifications do not go far enough. The question of how energy sources such as gas and nuclear power are valued remains open. Similarly, the arms lobby is trying to portray its industry as a guarantor of social security, as if it would ensure social sustainability, which no longer seems completely absurd in view of the Russian war of aggression on Ukraine. At best, both the SEC and the EU would have to agree on which environmental and social consequences are considered sustainable and which are inherently contrary to the idea. It is precisely a matter of negotiation whether nuclear power, despite unforeseeable consequences due to radioactive waste, can be considered sustainable because of its rather low carbon footprint compared to other fossil fuels. Unfortunately, industry interests have all too often prevailed in these debates in the past, leading civil society to complain about greenwashing, even when legal boundaries are respected. In addition to consumers, leading investment firms and rating agencies also seem to welcome clarity on sustainable investments.[14] A legally binding regulatory framework would increase credibility and reduce business uncertainty about financing plans. Ultimately, credit institutions finance the industry through loans and investments and bear responsibility for harmful business practices.

It remains to be seen whether the legal regulations surrounding ESG criteria will be implemented with sufficient rigor. However, credible changes in Deutsche Bank’s business practices, including DWS, will certainly require much more than legal requirements whereas the company regularly pushes the boundaries of the law, as the raid shows. Greenwashing was only part of the ‘degenerated corporate culture’ (Fixler) in the upper levels of the credit institution and personnel restructuring remains necessary to not always claim ‘Again, Deutsche Bank’ in every controversy.[15] On a positive note, the investigative eagerness of the law enforcement agencies and the resignation of the head of DWS also have a signaling effect so that greenwashing is no longer considered as a peccadillo. ‘Providers of financial products advertised as sustainable will now closely scrutinize whether their own investment criteria deliver what they promise,’ Magdalena Senn, consultant for sustainable financial markets at the organization Finanzwende, told the Süddeutsche Zeitung.[16]