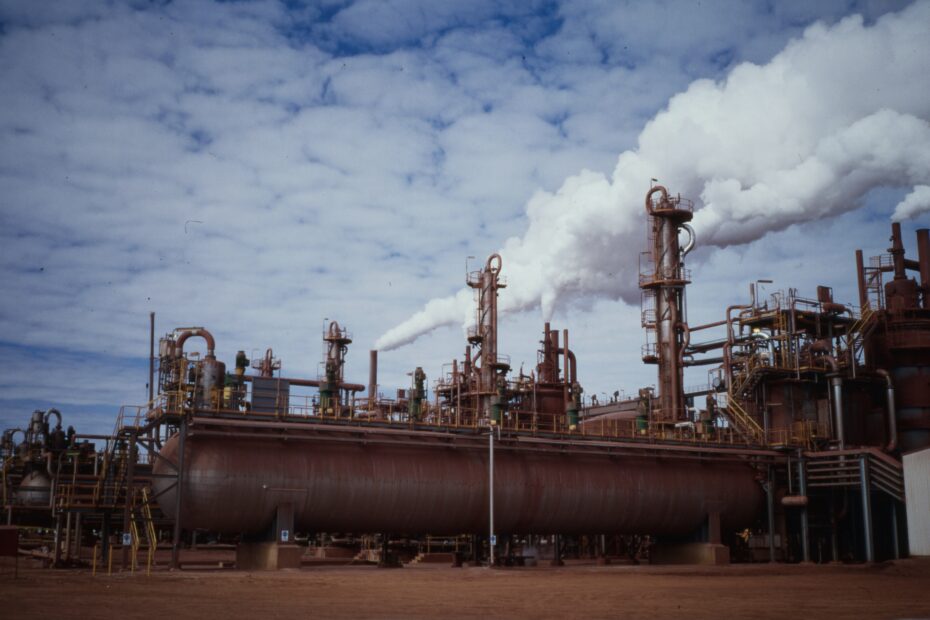 For years, Facing Finance has flagged companies whose activities are causing significant environmental degradation and widespread socio-economic harm. Among the groups most severely affected are indigenous populations, whose livelihoods are being destroyed inter alia for the purpose of extracting raw materials. Due to the profound changes in the environment and the resulting massive deterioration in living conditions, or due to external pressure from companies, indigenous peoples are often forced to leave the inhabited areas and give up the traditional way of life.

This is also evident in the case of the Fénix nickel mine in El Estor Guatemala, where the Swiss mining company Solway Investment Group (Solway Group) has been mining nickel since 2014. The nickel mine, which has been criticized for years, has now aroused new interest through a data leak published by the journalist conglomerate Forbidden Stories. The residents of the nearby communities have been protesting for years against the enormous environmental impact of deforestation, air pollution as well as the pollution of Lake Izabal and the surrounding rivers, which form the livelihood of the local population. Both the Solway Group, which describes itself as a responsible employer and neighbor [1], and the competent authorities deny the negative influence of the Fénix mine on the lives of the locals and the environment. What is particularly striking is the cruel behavior of the police, who have been using force against protesters for years. In addition, motions in Parliament to revoke the mining license were rejected and those who criticized the violations were sued [2].

The new research by Forbidden Stories, which was published together with an extensive data leak, shows that the Solway Group not only accepted the damage caused to the environment and the living space of the surrounding population, but may also have actively covered it up. Subsidiaries are said to have bribed the local police and decision-makers for years. In addition, the leaked data reveal plans to evict the residents of the villages located in areas suitable for nickel mining [3].

However, the Solway Group should not be viewed in isolation. It is at least equally crucial to look at which companies purchase the nickel from the Fénix mine, thereby accepting the questionable conditions of mining and thus not living up to their responsibility, which has been assigned to them under the UN Guiding Principles on Business and Human Rights [4]. Not only in this case is it of vital importance that companies conduct better due diligence checks also in their supply chains in order to be able to meet their social responsibility.

The case of the Fénix mine is an example of how voluntary regulations for conducting supply chain due diligence are not enough. In order to give these due diligence checks a legal obligation and a substantive framework, the so-called supply chain laws were enacted in Germany at the federal level and in the EU.

From January 1st, 2023, the German Supply Chain Act will be implemented, which obliges companies with more than 3,000 employees (from 2024: 1,000) based in Germany to conduct human rights and environmental due diligence in their supply chains in observance of the due diligence standards of the UN Guiding Principles [5].

On March 23, 2022, at the request of the European Parliament, the EU Commission published a proposal for a directive on due diligence in the supply chain, which is intended to supplement existing national legislation. The German supply chain law would also have to be tightened according to the EU proposal. The directive calls for more comprehensive due diligence across the entire supply chain, for a plan that clarifies the company’s contribution to compliance with the Paris climate agreement and simplifies the filing of claims for damages against companies in the event of human rights violations or environmental damage. Furthermore, the EU directive is intended to increase the scope of the law. The provisions already apply to companies with more than 500 employees and a worldwide annual net turnover of at least EUR 150 million. The scope is also supplemented by companies with more than 250 employees and a worldwide net turnover of at least EUR 40 million if at least 50% of the turnover is generated in so-called resource-intensive industries [6]. The involvement of the financial sector, which has not been taken into account in the German supply chain law, is also significant. Financial services providers would therefore also be obliged to carry out due diligence checks when granting loans. However, the proposal has yet to be confirmed by the European Parliament and the EU Council [7].

From the leaked data and the extensive research by Forbidden Stories, connections can be made between the Solway Group and other companies for which the Solway Group has supplied nickel from the Fénix mine as a supplier or indirect supplier.

The leaked data shows that steel producers such as Outokumpu, Ugitech, Aperam and Voestalpine have been directly supplied with the nickel from the Fénix mine as customers of the Solway Group. The Solway Group also supplied the Italian steel factory Accai Speciali Terni, which was owned by the German steel manufacturer Thyssenkrupp until January 2022. It is unclear whether the new owner of the steel factory, the Italian company Arvedi, will continue to source nickel from the Solway Group. Since these steel manufacturers have supplied companies such as Bosch, IKEA, Siemens and Miele, among others, the Solway Group acts as an indirect supplier. Almost all of the companies contacted said they were ignorant, and either terminated their collaboration with the Solway Group, stopped deliveries or said they were considering other steps in response to the revelations [8]. It is precisely this way of dealing with the research that underlines the importance of a comprehensive due diligence of the supply chain.

As the draft for the EU directive on due diligence in the value chain rightly states, the assessment of the supply chain cannot end with the companies. It is also necessary for the banks that grant loans to or are otherwise invested in companies to examine the respective supply chains.

Many of the financial institutions rated by the Fair Finance Guide (FFG) are among the investors and financiers of the companies whose supply chains are linked to the nickel mine. These include: Outokumpu, Finarvendi SpA (as parent company of Avedi), Thyssenkrupp, Bosch, Siemens and Voestalpine Boehler.

Facing Finance has examined the financial relationships of these companies with FFG financial institutions in more detail. It turned out that in 2021 alone, Deutsche Bank invested a total of EUR 1.8 billion in shares of the companies listed above, mainly via DWS, and of this almost EUR 288 million in bonds of Siemens and Thyssenkrupp [9]. Union Investment, the investment arm of DZ Bank, invested just as heavily in these companies with EUR 1.1 billion, investing EUR 136 million each in Siemens and Voestalpine shares and Siemens and Thyssenkrupp bonds [10]. Allianz also invested directly in Outokumpu, Siemens, Thyssenkrupp and Voestalpine (approx. EUR 550 million) and via Pimco (EUR 155 million) [11]. The Deka Group has shares and bonds worth almost EUR 350 million in Siemens, Thyssenkrupp and Voestalpine [12]. Other FFG financial institutions such as Commerzbank, Axa, Alte Leipziger and UniCredit also hold shares in one or more of the companies mentioned above, but with significantly smaller amounts [13]. Therefore, when it comes to investments, Allianz, Deka, Deutsche Bank (DWS) and DZ Bank (via Union Investment) are the FFG financial institutions with the greatest potential to influence companies and may require them to conduct better due diligence in their supply chains.

In addition, bank participations can also be proven through the granting of loans. Seven banks have provided capital to the following companies to fund their business: Outokumpu, Finarvendi SpA, Thyssenkrupp, Siemens and Voestalpine Boehler.

The level of financing alone shows how dependent these companies are on bank capital. We demand that banks use this influence more to get companies to conduct better due diligence in their supply chains. The responsibility of the banks for the due diligence of the companies whose shares they hold in their portfolios was also determined by the OHCHR, at the request of the NGOs Banktrack and OECD Watch [20].

In addition to the responsibility of the banks as profiteers of the supply chains of companies, intrinsic motivations can also be identified that could tempt banks to carry out better due diligence checks. On the one hand, reports of bad due diligence can have a negative impact on the reputation of banks. On the other hand, the credit default risk increases when loans are granted to insufficiently audited companies, since the latter, as in the case of the Solway Group, could endanger business relationships with other companies by violating human rights and thus lose their creditworthiness.

Despite these incentives, examples such as the Fénix mine show that voluntary regulation is often not enough. We therefore welcome the European Commission’s decision to include banks within the scope of the proposed Corporate Sustainability Directive. However, the EU Commission’s proposal does not go far enough.

The aforementioned proposal for a directive on the sustainability obligations of companies provides for special roles for the financial sector. For example, banks are not to be seen as part of the resource-intensive industries, even if the prerequisites for this were met. Furthermore, the scope of the requirement for banks is to be restricted. On the one hand, a due diligence check on the part of the banks should be necessary before the contract is signed, on the other hand, the supply chains of the banks are not to be restricted so that only a due diligence check of the direct customers and their subsidiaries is necessary [21]. An evaluation of the business relationships and the control during the contractual relationship is therefore neglected.

Thanks to Cleopatra Partalidou for the English translation.

previousWestern Oil and Gas majors race out of Russia – Total and Chevron stick around
nextEyes closed, costs down, profits up.