Disastrous Oil Spill in Thailand, Ecuador and Peru – German banks among the financiers 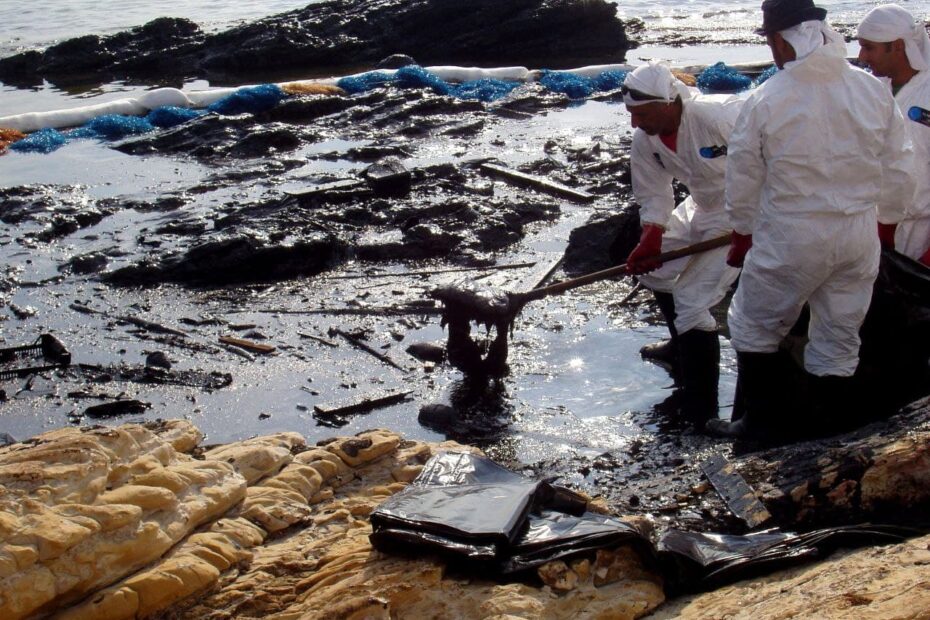 The last few days and weeks have illustrated the dangers of oil pipelines like a picture book, with local populations and the surrounding environment having to bear the devastating consequences. It has been less than three weeks since the Hunga-Tonga-Hunga-Ha’apai volcanic eruption near Tonga[1] caused massive oil spills off the coasts of Thailand and Peru, when the next environmental disaster occurred: a landslide in eastern Ecuador caused a porous pipeline to burst. According to estimates, two hectares of an Amazon nature reserve are affected.

The extent of the oil spill off the coast of Peru, a consequence of the volcanic eruption near Tonga, is greater than originally thought: when a tanker was unloaded, a total of 11,900 barrels spilled according to the Peruvian Ministry of the Environment – the equivalent of 1,892,100 liters. The officials initially assumed only 6,000 barrels, meanwhile the responsible oil company Repsol speaks of 10,396 barrels. The tsunami that followed the eruption of the volcano caused the accident, affecting more than 20 beaches north of the Peruvian capital Lima[2]. The consequences of such an oil spill are far-reaching: numerous animals have already died due to the oil pollution, including many birds and fish. In the meantime, the oil is moving out to the open sea and sinking to the seabed. Peruvian fishermen in particular are also suffering: according to the president of the fishermen’s union, Roberto Espinoza, it will take at least three years to repair the damage[3].

Meanwhile, the Peruvian Public Prosecutor’s Office is investigating the production manager of the La Pampilla refinery, the environmental officer and two other senior employees on charges of environmental pollution. This could result in up to seven years of imprisonment for those responsible, in addition to substantial claims for damages against the company. The defendants will not be allowed to leave the country for 18 months due to ongoing investigations[4]. According to the Navy and the Ministry of the Environment, after oil spilled into the sea again on January 26, 2022, the Ventanilla city council is calling for an immediate halt to the refinery’s operations. Ventanilla’s mayor also accuses Repsol, the oil company, of downplaying the damage and delaying cleanup efforts[5]. 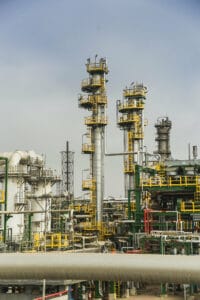 German financial institutions also play an important role as book runners for Repsol. Three German banks have included various amounts of Repsol bonds in their own books in order to sell them on to investors: Commerzbank (approx. €50 million), Deutsche Bank (approx. €200 million) and HypoVereinsbank (approx. €265 million)[6]. Thus, they are indirectly responsible for the environmental damage resulting from the oil spill in Peru, which was exacerbated by Repsol’s negligent actions. Time and again, it has been shown that the extraction and transport of crude oil pose massive risks for man and nature. Instead of continuing to invest in fossil fuels, banks should support safe and clean alternatives.

Another consequence of the volcanic eruption is the oil spill off the coast of Thailand’s Rayong province. There, according to official estimates, about 50,000 liters of crude oil leaked from an underwater pipeline owned by Star Petroleum Refining Company. The pipeline could not be repaired until a day later, by which time the oil spill had already covered an area of 47 square kilometers. The navy and numerous volunteers have since been busy cleaning up the beaches and containing further damage, also through the use of chemical dispersants[7]. However, the use of such agents is controversial – laboratory tests at Georgia University even indicate that instead of accelerating the dispersion of oil in the sea, the dispersants slow down this process. In addition, the dispersants themselves are toxic and harmful to the environment[8].

Independently of the volcanic eruption on Tonga, these environmental disasters are joined by a third incident affecting nature reserves in eastern Ecuador. There, after heavy rains caused a landslide, a porous pipe was recently damaged, resulting in a massive spill of crude oil. Neither members of the Ecuadorian government nor the operator of the pipeline, OCP Ecuador, have since provided information on the quantities of oil involved. The Ministry of the Environment, meanwhile, is calling the incident a “major pollution event”[9]. Nearly two hectares of the Cayambe-Coca National Park nature reserve have been affected, according to authorities, and one of the largest tributaries of the Amazon River in Ecuador has also been polluted. OCP Ecuador has stopped oil pumps and begun cleanup efforts, promising clean water and aid to affected indigenous communities. Concurrently, the Ecuadorian government is already considering legal action against the company[10].