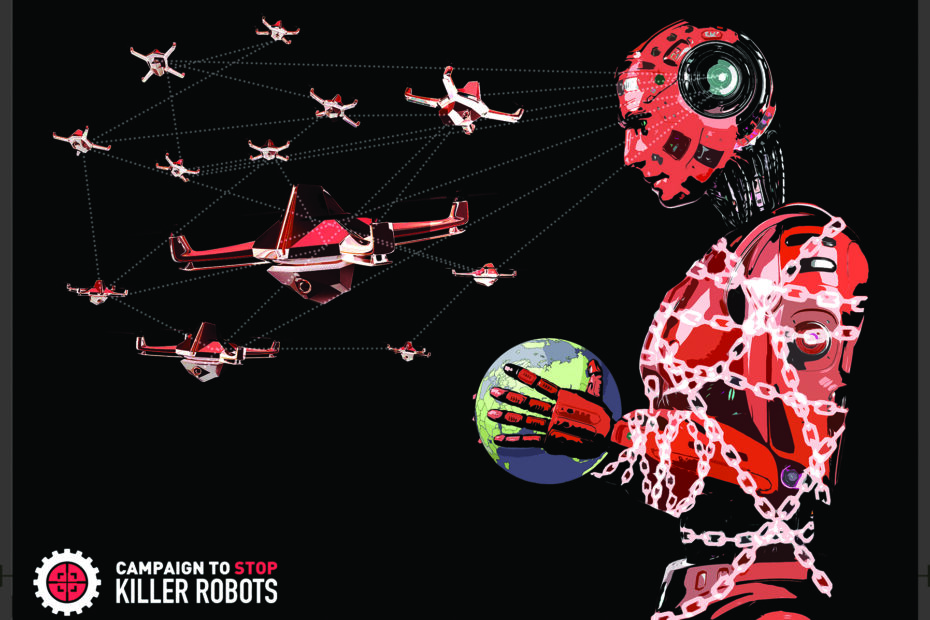 On Thursday, September 2, 2021, the German section of the STOP KILLER ROBOTS campaign is calling on parties represented in the German Parliament to campaign for a binding ban on autonomous weapons under international law. The action is aimed at the upcoming legislative period and promotes a ban on autonomous weapons that can detect and destroy (human) targets without human control.

In the current legislative period, 80 % of the members of the German Parliament have voted against such a ban and also in the framework of the UN no binding ban regulation has been achieved, which has so far also been opposed by the German Foreign Office.

Course of the actions

Photo opportunities and actions with robot pantomimes will be carried out in front of the respective party headquarters. Party representatives will be asked to publicly vote out killer robots and to commit to an internationally binding ban on autonomous weapons systems by placing a checkmark on an “election poster” designed by the campaign.

Representatives of the German section of the STOP KILLER ROBOTS campaign will be available for interviews during the actions:

previousNon-transparent business practices – insight into the German state pension system
nextUpdate on Vote out Killer Robots! – SPD, like Greens and Left now also for it!