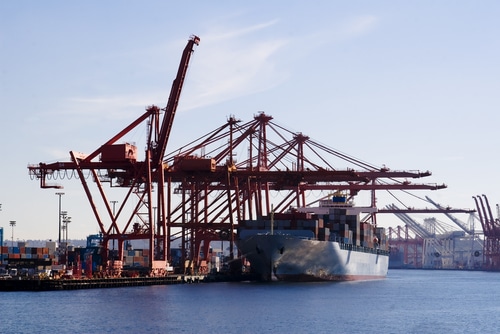 On 1 February 2021, the Myanmar military under Commander-in-Chief General Min Aung Hlaing staged a coup, arrested elected civilian leaders and nullified the November 2020 elections, which the party of Nobel Peace Prize winner Aung San Suu Kyi had won in a landslide. The military responded to protests against the coup with repression, shutting down the internet and firing even artillery at peaceful demonstrators.[1] The prisoners’ aid organisation AAPP estimates the number of civilians killed at approximately 900. More than 5,000 people have been imprisoned and report severe torture during interrogations.[2]

The Myanmar military has been responsible for serious human rights violations in the past as well. In August 2017, cleansing operations against the Rohingya minority began in Myanmar’s border regions. Over 700,000 people fled to Bangladesh escaping from mass shootings, systematic torture, rape and sexual slavery.[3]  As the human rights violations committed by the military could amount to genocide, war crimes and crimes against humanity, the International Criminal Court started investigations.[4]

An important reason why the military was able to commit these crimes and to act independently of civilian control even before the coup, is the flow of money that the military receives in addition to its official budget.[5] The generals control two conglomerates, Myanma Economic Holdings Limited (MEHL) and Myanmar Economic Corporation (MEC), which guarantee them large revenues besides the national defense budget. The two conglomerates control about 120 companies in a wide range of economic sectors, are owned by former and current military officers and are integrated into the military command structure. The MEC chairman is a general who is directly subordinate to army chief and coup leader Ming Aung Hlaing.[6]  Furthermore, Hlaing and Soe Win (Myanmar’s second highest ranking military officer after Hlaing) have oversight of MEHL’s board of directors. Many of the subsidiaries of MEC and MEHL are run by family members of the generals.[7]  In addition, MEHL has paid out billions of dollars in dividends to military units accused of serious crimes.[8]

Due to the entanglements, in 2019 the Fact-Finding Mission of the UN Human Rights Council warned foreign companies with business ties to MEC or MEHL that they could be complicit in human rights abuses.[9] Some multinational companies, including Japanese brewer Kirin Holdings and fashion companies such as Esprit and H&M, have announced to suspend business relations with the two conglomerates.[10] Other companies want to maintain their financial relationship with MEC and MEHL, despite repeated appeals from the UN and human rights organizations.[11] Among them is India’s largest private port operator, Adani Ports and Special Economic Zone Limited, a subsidiary of the Adani Group. Hearing the name Adani, some will remember the Carmichael coal mine that Adani is currently building in Australia, despite massive protests.[12]

In Myanmar, Adani Ports signed a contract with MEC in May 2019 to build and operate a port in Yangon, Myanmar’s largest city.[13] Adani Ports plans to invest $290 million in the port, which is located on land owned by MEC. In fact, Adani Yangon International Terminal Company Limited, a wholly owned subsidiary of Adani Ports in Myanmar, has already paid $52 million for the use of MEC’s land. After 50 years, the port will be transferred to military ownership.[14] Therefore, Adani Ports indirectly helps to finance the Myanmar military. The land use fees benefit the Quartermaster General’s office, which buys new weapons for the military that could be used against the population in Myanmar.[15]

Despite all this, Adani Ports maintains its business relationship with MEC. In February 2021, Karan Adani, CEO of Adani Ports, reiterated that construction work at the port was continuing despite the military coup.[16] Adani Ports announced that it only plans to abandon the project if it is found to be in violation of sanctions imposed by the United States.[17] Instead of responding appropriately to the military coup, Adani Ports dismisses any complicity[18] and publishes false statements.[19] Photos from 2019 show CEO Karan Adani exchanging gifts with Myanmar coup leader Hlaing in India. At this time Hlaing was already sanctioned by the European Union for his role in the military’s crimes against the Rohingya. The fact that the cooperation between Adani and MEC contradicts the company’s own human rights policy and the principles of the UN Global Compact, which Adani Ports joined in November 2020, does not seem to matter.[20]

So far, Adani Ports has made no effort to react adequately to the coup and the military’s serious human rights violations. Therefore, some institutional investors, such as the Finnish financial group Nordea, have already withdrawn from their stakes in Adani Ports.[25] We call on European financial institutions to follow suit, as Adani Ports refuses to end its cooperation with Myanmar’s military. S&P Global Inc has already reacted and removed Adani Ports from the Dow Jones Sustainability Index, whereupon the company’s stock market value has fallen temporarily.[26] Now it is time for European financial institutions to draw the consequences and stop financing Adani Ports.

*Since we published this article, different financial institutions have reacted to Adani Ports´ business conduct. Thus, we updated the mentioned numbers about shares, bonds and loans to Adani Ports on 09.06.2021. For example, Allianz´ subsidiary PIMCO, which in 2020 was the biggest known bondholder in Adani Ports, prohibited future investments in Adani Ports and reduced its stakes.[27]