The European Commission’s ESG commitments for banks and BlackRock: It’s about more than a conflict of interest 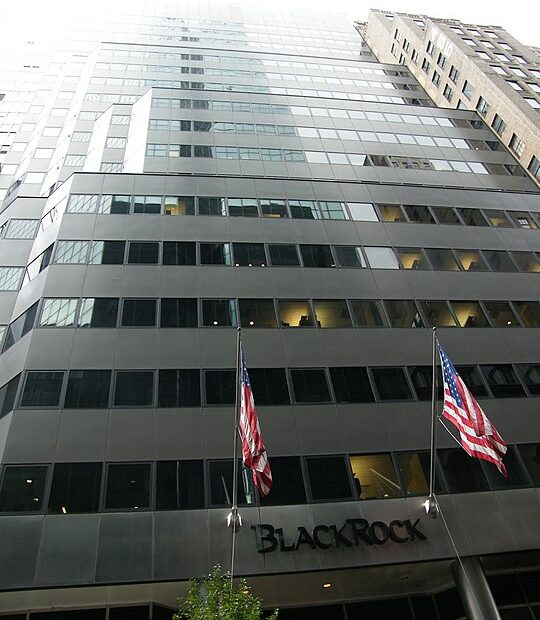 In early 2020, Larry Fink, CEO of BlackRock, the world’s largest and arguably most renowned asset management company, wrote in a letter to CEOs that “every government, company, and shareholder must confront climate change”. Not because it is morally important to do so, but because it is financially savvy. Indeed, “our [BlackRock’s] investment conviction is that sustainability- and climate-integrated portfolios can provide better risk-adjusted returns to investors”.[1]

It is a welcome change of tune for an asset management company that, over the past decades, has been a leading investor in a number of unsustainable industries that threaten human rights globally. BlackRock belongs to a group known as “the big three”, alongside other financial juggernauts Vanguard and State Street Capital. Collectively, as of October 2019, the big three held over 280 billion U.S. dollars of shares in the fossil fuel industry. And, between 2016 and 2019, rather than taking steps to move away from major polluting industries, the big three consolidated holdings in fossil fuel companies by a further 34.8%. BlackRock, in particular, has used expansive shareholder rights to diffuse any shareholder motions to impose climate related responsibilities on major polluting companies, opposing or abstaining from more than 80% of climate-related motions.[2]

In addition to bolstering the fossil fuels industry, BlackRock is a major funder of the global arms industry, investing in weapon manufacturers Lockheed Martin, Raytheon, Boeing, General Dynamics and Northrop Grumman. According to research conducted by Facing Finance in 2019, BlackRock holds over 32.6 billion euros worth of arms industry stocks. As of 2019, BlackRock continued to invest in particularly irksome weapons technology that pose potent human rights risks including cluster munitions and nuclear weapons.[3]

How, then, is it that BlackRock has been awarded a contract to act as advisor to the European Commission on matters related to the development of environmental, social and governance guidelines for banks? Indeed, in a widely welcomed move, the European Commission initiated steps to introduce guidelines to ensure environmental, social and governance issues are taken seriously by European Banks. Yet, the move has quickly been soured by the tendering of contracts to research and develop these guidelines to investment firms such as BlackRock.

There is a clear conflict of interest. BlackRock stands to benefit from advising the European Commission on these guidelines, as their introduction will have consequences for BlackRock’s own business activities. As the Guardian highlights, it is significant that the contract to undertake the work was worth 280,000 euros, a mere 0,007% of the 4.5 billion U.S. dollar profit made by the investment company in 2019 alone. It is precisely such vested interests that led Katrin Ganswindt from Urgewald to point out that the decision is “a bit like letting the fox guard the henhouse”.[4]

Apart from this clear conflict, there is an even deeper and worrying element to the development. While not without issue, environmental, social and governance commitments represent a significant and important step towards responsibility and transparency in industries historically lacking. For stakeholders fighting to bring about a more sustainable economic system, these commitments represent the fruits of years of protracted labour. Moves such as these, however, make an utter mockery of these commitments, inadvertently highlighting that for many players in our international economic system, ESG commitments must be poked and plied to suit business interests.

In his letter, Larry Fink was transparent about the fact that the adoption of a sustainable, climate integrated approach to financial investment was dictated by financial considerations. Irrelevant to BlackRock were the dire consequences fossil fuel industries have for our warming planet and all those who inhabit it. There is no reason, then, to assume otherwise when it comes to the European Commission’s ESG commitments. Of genuine concern to BlackRock is the financial ramifications of any forthcoming commitments, not the role such guidelines could play in transforming the banking industry into a truly sustainable, human rights orientated one. Ultimately, BlackRock’s involvement in the forthcoming European Commission’s ESG guidelines is a conflict of interest. More than that, it undermines the ESG commitments agenda as a whole, making a mockery of their usefulness as a tool to shed light in the dark corners of our global economic system.

[4] Jasper Jolly, The Guardian (2020): “BlackRock to advise EU on environmental rules for banks.”