Cargill: Sustainability leader or worst company in the world? 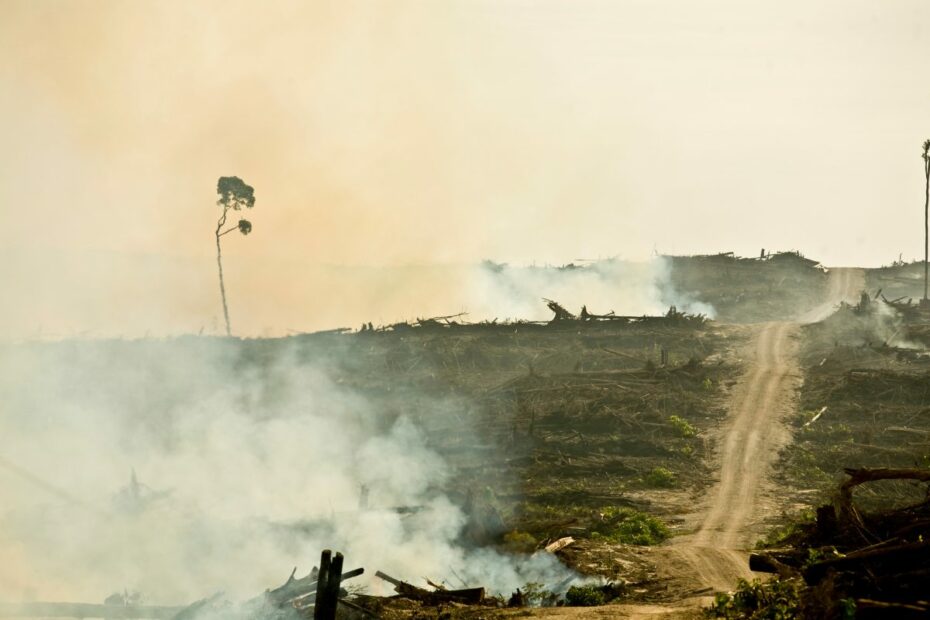 Cargill is one of the world’s largest agricultural commodity trader and food processor and United States’ largest privately-owned company, with revenues exceeding $114 billion in 2018. The company dominates the global industrial agricultural system, a system which seeks to convert vast areas of land into industrial and chemically dependent scale monocultures to produce cheap meat, palm oil and chocolate.[1]

If nobody knows Cargill as its name does not appear on packaging, it is difficult to avoid its products. Cargill is almost everywhere: it provides food, agriculture, financial and industrial products globally. It is in clothes, cosmetics, meat, sweets, cereals, and more. Aldi, Edeka, Nestlé, Kellogg’s, McDonald’s, and Burger King are all customers of the US agricultural giant.[2]

Cargill is projecting an image of itself as a sustainability steward. However, a report of the environmental organisation Mighty Earth, titled “Cargill: The Worst Company in the World” shows that Cargill’s sustainability promises are just hot air. This article provides four examples of this.

In 2014, Cargill made headlines when it endorsed the UN New York Declaration on Forests that sets the goal to halt and reverse the loss of forests. The company’s CEO David MacLennan declared that Cargill would use its influence to end deforestation in all its agricultural supply chains by 2020.[3] Because the company touches about every agricultural supply chain, its commitment was applauded for having the potential to reduce global deforestation, mitigate climate change and protect local communities. But Cargill did not follow through. On the contrary, Mighty Earth’s report demonstrates that Cargill is responsible for clearing important rainforest areas for soy cultivation in Brazil and Bolivia through the financing of over-exploitation, the building of roads and silos and by shipping the soy abroad.[4] Additionally, in Ghana and the Ivory Coast, Cargill has been accused of buying cocoa beans grown through the illegal clearing of protected forests and national parks.[5]

In the past two decades, Cargill has repeatedly failed to meet the deadlines it set itself to voluntarily stop using child labour. Far from creating “a world free from child labor” as it proclaims,[6] the company has been accused of purchasing palm oil and cocoa from trafficked in slaves and child labour. The company is currently facing a suit for having knowingly aided, abetted, and profited from the trafficking of children into slavery to harvest cocoa in the Ivory Coast.[7] In Indonesia, its supplier Kuala Lumpur Kepong used child labour and forced labour on two plantations in 2014.[8]

On land rights, Cargill asserts that by securing farmers’ land rights they are strengthening rural communities and improving farmers livelihoods everywhere they operate.[9] Yet, in Colombia, Cargill is accused of illegal land grabbing. By setting up a system of 36 subsidiaries, Cargill evaded national laws established to limit the extent to which a person or a company can own land. The 52 thousand hectares of uncultivated farmlands that Cargill purchased were meant to be public grounds to be given to poor farmers for them to survive.[10]

Finally, Cargill proclaims itself as “a leader in food safety”.[11] Its long track record of providing contaminated meat to supermarkets however proves that cutting costs are more important for the company than respecting its own safety procedures. Negligence and recalcitrance on the part of the company have led to a Listeria outbreak (2000), numerous E. coli outbreaks (2000, 2001, 2007, 2010 and 2018) and Salmonella outbreaks (2002, 2009, 2011, and 2012).[12]

We can really see that Cargill’s long line of commitments are just empty words to give itself a good image, all while making billions directly from environmental destruction and human rights violations. Cargill’s voluntary measures will not prevent future abuses. After decades of unsuccessful self-regulation by companies, it is time to adopt binding measures to effectively tackle these pressing problems. The NGO Mighty Earth advocates for Cargill’s business partners and customers to shift to more sustainable companies and calls upon citizens and consumer companies to hold Cargill and its customers publicly accountable to force them to change their practices.[13]

previousStrong call from OSCE countries to support the negotiations to ban lethal autonomous weapons
nextOccupied, annexed and cashed up