Press Release: As-Salaam-Alaikum (Peace be with you): How the war in Yemen is filling the coffers of European banks. 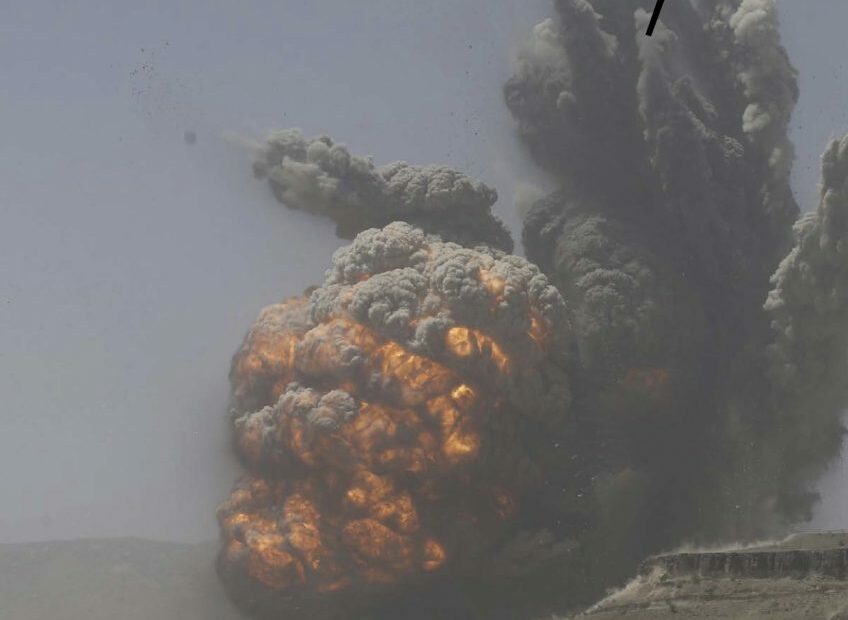 (22.5.2019) The DIRTY Profits 7 report presented today in Frankfurt / Main by the NGO Facing Finance highlights the ten European banks with some of the highest investments in 11 global arms companies, companies that have since 2015 been exporting to unstable/crisis-affected countries in the MENA region (Middle East and North Africa) and countries involved in the war in Yemen.

The results: Ten European banks have provided roughly €24.2 billion in finance, and hold some €10 billion in investments in 11 arms companies exporting to Saudi Arabia, the UAE and other countries leading a military campaign in Yemen, and to other controversial, crisis-affected, and politically unstable countries in the MENA region. The results show that Lloyds and UniCredit were the largest financiers (approx. €4 bill each) of the arms companies and Crédit Agricole and Deutsche Bank the largest investors. All of the banks in this report lack a suitably strong definition of what they consider a controversial country for arms export.

Based on the findings of the report, the NGOs Facing Finance, Mwatana (Yemen), and urgewald will assemble at the Deutsche Bank AGM on the 23.05.2019 in Frankfurt to protest the financing of controversial weapon exports. Deutsche Bank has investments in all of the 11 arms companies (to the value of €2.6 billion) and over the period Nov 2015 – Jan 2019 directly provided finance to 7 of the 11 arms companies (€1.8 billion).

“Weapons from the US and Europe have contributed to some of the war’s worst horrors, killing civilians, hitting homes, and helping destroy my country,” said Ali Jameel of the Yemeni NGO Mwatana, who lives in Sana’a. “The Saudi and UAE-led coalition have carried out countless unlawful attacks, many likely war crimes, and those exporting arms risk complicity,” said Jameel.

“Large European Banks, with their financial backing for arms exporters who have been providing weapons for the Yemen war for years, share responsibility for the largest humanitarian disaster on the planet today,” complains Thomas Küchenmeister, Managing Director of Facing Finance and publisher of the DIRTY Profits report. “Banks should no longer finance arms exporters and should adjust their policies to comply with the guidelines of the Arms Trade Treaty (ATT) which prohibits the export of weapons which would knowingly be used in war crimes, attacks on civilian objects and civilians, or crimes against humanity, “said Küchenmeister and argues for comprehensive ESG regulation by the Bafin or the legislature.

“Deutsche Bank must comprehensively sharpen its arms policies immediately, especially since the Federal Government has imposed initial export restrictions on Saudi Arabia and the UAE. Their customers and shareholders do not want to benefit from the deadly business models of defense exporters,” summarises Barbara Happe of the human rights organization urgewald.

Dirty Profits 7 also highlights the extent to which the 11 companies are involved in the manufacture and production of nuclear weapons, cluster munitions and landmines – the report takes the opportunity to document the rapid technological rise of Autonomous Weapon Systems. Lethal Autonomous Weapon Systems (killer robots) are emerging as key technologies of future warfare and are part of a current global high-tech arms race. The report calls on banks to closely monitor this process and to develop policies which would prevent them financing weapons that operate without human intervention.

On the 22nd May at 18:00 the report will be launched with a podium discussion in the Evangelischen Akademie Frankfurt, Römerberg 9, 60311 Frankfurt. The protest action by NGOs will take place at the Deutsche Bank AGM on the 23rd May at 08:30 under the slogan “No War- No Warming”.

The full report is available for download here: Dirty Profits 7 “OUT OF CONTROL: Irresponsible Weapon Transfers and Future Weapon Systems”.

Tags:Dirty Profits 7press releaseYemenWar
previousPress release: Discrimination of women- Not yet an issue for German Banks
nextAGM 2019: Deutsche Bank CEO “we have cleaned up the Deutsche Bank”.