EXPOSED: For the good of mankind! – The Nobel Prize Foundation continues to reward award winners with profits from irresponsible and unsustainable investments, thus violating its own guidelines 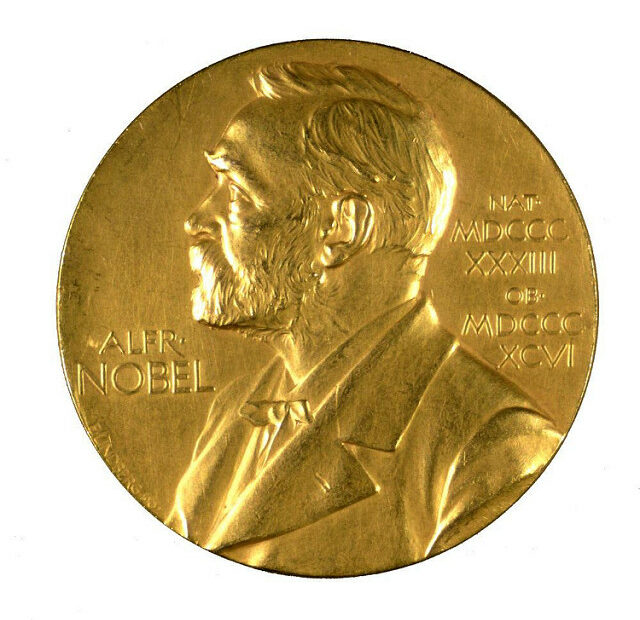 Berlin, the 10th of December 2018- Berlin, the 10th of December 2018- Last year, Berlin based NGO Facing Finance and Framtiden from Norway uncovered that the award money for the Nobel Peace Prize (925.000€) awarded to the campaign to abolish nuclear weapons came from investment in their manufacturers. The Nobel Prize Foundation promised improvement.

Current research by Facing Finance now shows that the Nobel Prize Foundation has only partially fulfilled this promise. The current annual report 2017 of the foundation shows that it holds shares in the investment fund IPM Europe Equity Fund, which, according to the economic database Thomson Eikon, was invested in nuclear weapon manufacturers such as BAE Systems, Safran or Airbus at the beginning of October 2018. The June 2018 semi-annual report of the IPM Fund also shows an investment in the nuclear weapons manufacturer Thales. The same applies to the Dutch Alpinvest Secondaries Fund VI, which is massively invested in the nuclear weapons manufacturer AIRBUS and also to the hedge fund TWO SIGMA INVESTMENTS, whose top holdings include the nuclear weapon manufacturers Lockheed Martin, Boeing and Honeywell.

In addition, the fund holds numerous shares in other defence companies which have recently attracted attention through exports to war and crisis regions such as Rheinmetall, Dassault, MTU, Rolls Royce, Thales and Thyssen Krupp.

These investments clearly contradict the principles the foundation claims to have, which state to follow ethical principles and to contribute to a long-term, sustainable global development. The Foundation specifically states that it does not wish to invest in companies that produce nuclear weapons or companies in which a significant part of their turnover comes from coal exploration or coal-fired power generation

„Nobel Prizes are awarded to those whose actions are of greatest benefit to humanity
and must therefore not be rewarded with prize money derived from business models which contribute the most towards fleeing and the destruction of our planet “, criticises Thomas Küchenmeister, managing director of Facing Finance.