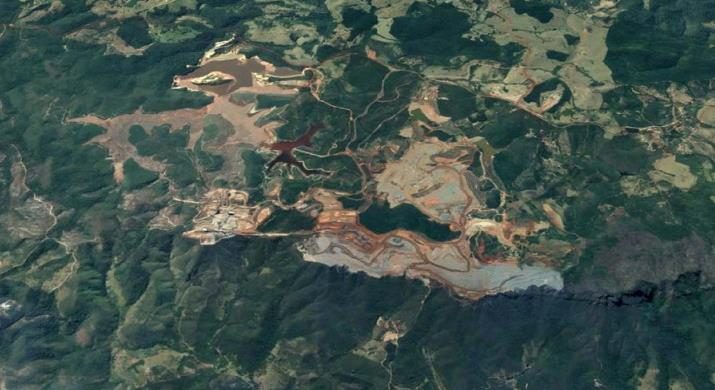 The Dirty Profits 6 was released in May 2018 and reported on violations committed by mining companies including environmental and human rights violations. One of the companies covered in the report was Anglo American, a large multinational mining and raw material processing corporation. There were two cases in the Brazilian state Mina Gerais in March 2018 that lead to considerable pollution due to leakages that were found in the iron pipeline.

According to the Brazilian environmental agency IBAMA, 300 tonnes of Iron seeped into the Santo Antônio do Grama lake during the first breakage of the pipeline on the 12thof March. The lake provides the city and its 4200 inhabitants with water, which, as a result of the contamination, then had to be supplied using lorries. On the 29th of March, just two days after the pipeline was functioning again, 174 tonnes of Iron infiltrated the lake due to a second breakage in the pipeline. Furthermore, surrounding fields used for agricultural purposes were also contaminated.

The pipeline covers a length of 525 kilometres and is part of the controversial Minas-Rio project, which connects mines in the Sapo and Ferrugem mountain chain in Minas Gerais with harbours in Açu, São João da Barra and Rio de Janeiro. This means the pipeline runs through the highly sensitive and vulnerable nature reserves of the Atlantic Rainforest and Cerrado Biomes.

The efforts to clean and dredge the affected areas of the Iron continued until mid-June. The operation of the pipeline has been prohibited until the environmental protection agency receives a report from Anglo American confirming the safety of the operation of the pipeline. Moreover, the implementation of measures to restore the affected areas imposed by the authorities are still pending, which are meant to restore damage inflicted on the lake and field area. In addition, financial punishments were introduced by IBAMA and the state of Minas Gerais, reaching 169,9 Mio. BRL (58,7 Mio. USD). The firm expects to readopt the operation in the fourth Quarter of 2018.

Despite the incidents, Anglo American hopes to be granted a licence to extend the million-dollar Minas-Rio mine in June 2019. An application is expected to be put in in the second half of this year. It remains uncertain if the Brazilian authorities will impose stricter inspections and criteria when issuing mining licences as a result of continuous environmental pollution and catastrophes, which were mainly caused by mining companies.

Affected communities are concerned about the extension of the Minas-Rio mine. On the one hand, the extension implies a heightening of the dam of thereservoir. This is currently 7 times higher than the Samarço dam in Minas Gerais, which broke in 2015 and brought with it considerable destruction subsequently, including 19 casualties. On the other hand, communities at the foot of the dam are put at increased risk.

Anglo American refuses to compensate for the higher risk they inflict or for the costs of the people moving away as a result. Additionally, heavy pollution such as in the cases of the twice broken pipeline is to be expected.

Although Anglo American is criticised continuously for their poor treatment of human and environmental rights (see Dirty Profits 1,2 and 4), the company receives multi billions in capital from European financial institutions. This includes the Deutsche Bank, which holds shares of Anglo American amounting to 567 mio. Euro .