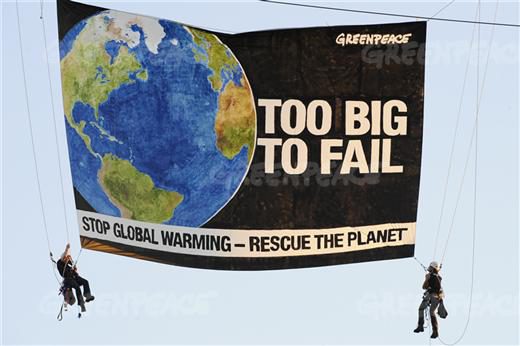 The latest Greenpeace report published January 2018 exposes Samsung Electronics’ overreliance on fossil fuels. Reports show that Samsung used more than 16,000GW/h of energy in 2016 alone, of which only 1% was sourced from renewables.((https://www.greenpeace.de/sites/www.greenpeace.de/files/publications/20171017-factsheet-greenpeace-green-it-guide.pdf)) This lags far behind other global IT companies, among Apple Inc., which have already committed to 100% renewables by 20201. In effect, this is controversial to Samsung’s claim “Do Bigger Things” as the company “lacks action to mitigate the effects its massive production has on the environment,” said Jude Lee, Senior IT Campaigner at Greenpeace East Asia2. Also, despite proclaiming itself as one of the most innovative tech companies, Samsung still heavily relies on fossil fuels. Furthermore, the company has a large and growing carbon footprint, but so far only weak and insufficient goals to reduce its climate-warning emissions have been published. Further, Samsung has recently announced that its renewable energy strategy will only be published by August 2018.
In effect, Lee argues that Samsung’s delay in publishing their new energy strategy shows that the company fails to recognize the urgent need to transition from coal to renewable sources of energy. Therefore, Greenpeace is calling on Samsung Electronics to urgently set a clear renewable energy goal for its own operations as well as its supply chain.

This corresponds to the published Greenpeace report, ‘Guide to Greener Electronics’3, in 2017. It shows that Samsung is among one of the companies failing to take responsibility for their environmental footprint. In the report, Greenpeace USA scored 17[1] of the world’s leading tech companies based on their transparency, performance and advocacy efforts in three areas critical to putting the sector on a sustainable path: reduction of emissions through renewable energy, use of recycled materials, and elimination of hazardous chemicals. Samsung scored only D (on a scale from A to F) in these areas, the main issue being the reluctance to shift to renewable energy.

[1] Among these companies are Dell, HP, Fairphone or Huawai and Amazon.

Since 2013, European banks such as the HSBC Holdings plc and the Standard Chartered PLC Bank are involved as creditors, next to the Bank of Tokyo-Mitsubishi UFJ, Ltd. and Sumitomo Mitsui Banking Corporation (2016).

Deutsche Bank Securities served twice as a Joint Book Runner when shares of Samsung electronics were being resold to the market in 2015. They profited from the fees of the deal and the margin of the price for which they could buy and sell these shares.