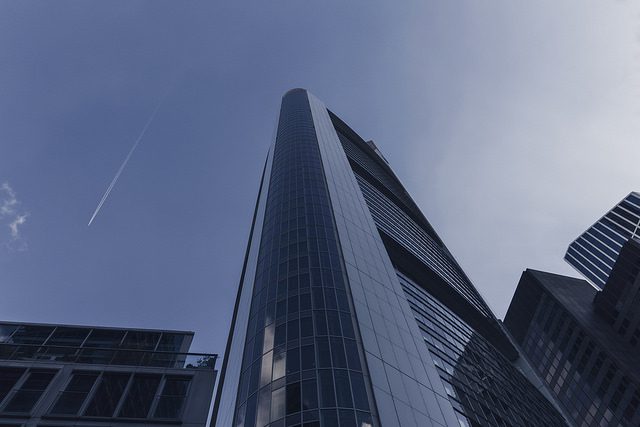 As reported by n-tv and Handelsblatt the attorney general of Frankfurt authorised raids on offices in the Commerzbank headquarters as well as 3 private houses of accused individuals in the second week of November. The raid was based on the suspicion that Commerzbank evaded taxes by Cum-Ex trading in the past.

The attorney general claims investigations showed multi-billion Euro deals closed between 2006 and 2010 which evaded taxes of about 40 million Euros. Cum-Ex trades are share transactions around the dividend record date in which a share is moved quickly between several owners to disguise the actual owner when the dividend is distributed1. In a second step the owners claimed back the dividend tax multiple times, while it was only paid once2. Although first warnings about this practise arose in 1992 it took the German government until 2012 to prohibit Cum-Ex trading. According to Die Zeit at least 31.8 billion in taxes have been evaded in that timeframe. As a consequence of the Cum-Ex scandal Hypovereinsbank, HSH Nordbank and LBBW paid back 500 million Euros3. Furthermore, the small Maple Bank had to file for bankruptcy due to a reclaim of 100 million Euros4. Parts of the paybacks were paid under reserve, as it has not yet legally been decided whether historic Cum-Ex trades are considered illegal.

According to Commerzbank’s own statements they initiated an internal examination of all stock dealings between 2003 and 2011, while providing results periodically to the authorities2. It is unclear if this initiated the investigations.

Tags:BankenCommerzbankCum-ExSteuerhinterziehungSteuerrechtslücken
previousExperts warn of the development and use of autonomous weapon systems
nextNew Study : Tobacco Free Investments – Why banks should end their deadly relationship with Tobacco Companies.