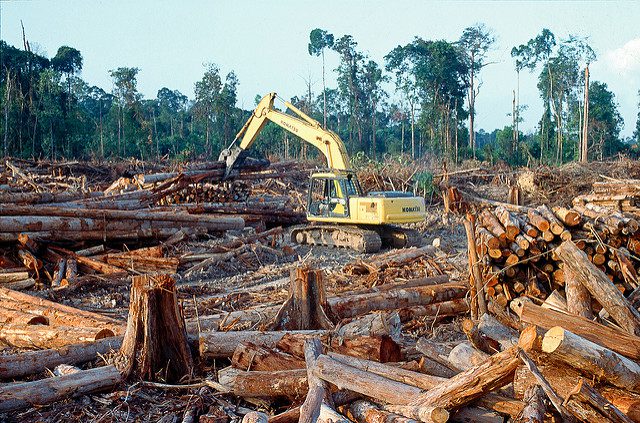 In the last week of August, Brazilian President Temer, who has previously been arrested for corruption, released a huge nature reserve in the Amazon rainforest for raw material exploitation. The nature reserve is located in the national park Reserva Nacional do Corbe e Assiciados (Renca) in the northern states of Amapá and Para. The area of ​​the released reserve is four million hectares, approximately an area ​​the size of Denmark1.

This news came as a surprise to most, although it has been reported that the extinction of the reserve was presented to Canadian mining companies at the PDAC event (Prospectors and Developers Association of Canada) held in Toronto in March 20172.  In the vast area large quantities of gold, but also other raw materials such as copper and manganese are expected3. Since the 1960s, Brazilian and foreign companies have been interested in this region. In 1984, the military dictatorship decided to declare the area as a national park, specifically to protect the region from the exploitation by foreign companies4.

Brazil’s mining minister has defended the decision to attract new investors. In addition, he claims everyone will benefit from more prosperity and the creation of new jobs.5 Critics see this however see this decision with great scepticism. On the one hand, two indigenous peoples, the Aparai and the Wajana, have been living in this part of the rainforest for centuries and this decision puts their self-determined life at risk6. Michel de Souza Santos of the WWF Brazil finds this decision incomprehensible, that the government “without dialogue and without any transparency decides a decree about the mining of minerals “(Randolphe Rodrigues, a senator from the state of Amapá) calls this decision” the right way to protect the environment ”7 one of the worst crimes against the Amazon rainforest since 1970 ”8.

Human rights activists and environmentalists also fear that the development of the area through roads and other infrastructure will also increase illegal activities in the region. Up to now, the Amazon was considered a natural boundary and the northern part of the rainforest remained largely unaffected. Now the pressure on this area could rise. Illegal land transactions, occupations of state land, and logging, as well as increasing the clearance of even more amazon for illegal gold, would then be on the agenda. As happened in other parts of the Amazon basin8

In the past year, almost 3,000 square kilometers of rainforest areas have been destroyed in the Brazilian Amazon. More than 20 per cent of deforestation has taken place in protected areas9. In past decades, Brazil’s Amazon forest has already lost about a fifth of its original area , mainly south of the Amazon River,10 Tendency rising. A study by the World Bank indicates that by 2025 about 20 percent of the rainforest in the Amazon area will be destroyed, but this brand is already nearly reached. By 2075 it is assumed that in the current development half of the original rainforest area could be irretrievably destroyed11.

Local politicians, human rights activists and environmentalists are protesting the decision and are working to reinstate the reserve. A Brazilian judge has recently issued a decree noting that the extinction of forest reserves in Brazil can only be made on the grounds that Congress is involved in decisions. But the prosecutor’s office has already appealed. It is very likely that the interim injunction will soon be repealed.12.

Tags:AmazonasminingBrasiliengoldKorruptionNationalparkNaturschutzgebietRegenwaldTemer
previousNo agreement on human rights standards for suppliers of German companies
nextExperts warn of the development and use of autonomous weapon systems