ClientEarth questions BP and Glencore’s predictions for oil and coal. 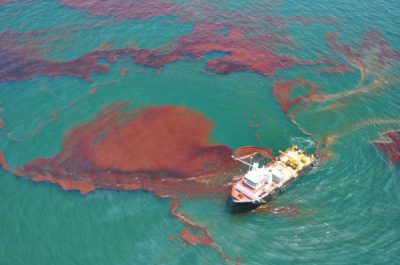 In May this year, commodity giants BP and Glencore, as well as their investors, received an open letter from the British environmental organization ClientEarth that questioned the predictions of the two companies about the future demand for oil and coal1. The basis for which is the ExxonMobil Group,23 against whom the New York Public Prosecutor’s Office (NYC) brought a case  in relation to the company’s knowledge of and failure to disclose climate change information. The accusations go back to the 1970s. The question is also whether Exxon deliberately deceived its investors by providing misleading studies and failing to adequately inform them of the financial risks associated with limiting fossil fuels by climate change.

BP estimates an increase in global demand for liquid fuels in this year’s BP Energy Outlook by at least another 15 million to 20 million barrels a day4. This assessment of growing demand for oil within the time frame is in line with neither forecasts by expert groups, nor with those of the competition5. Shell predicts, for example, that the demand for oil will reach its maximum in 5-15 years6. Also the Organization of Oil Exporting Countries (Opec) is forecasting oil demand will reach a peak in the next 15 years. The reason for this given by the cartel is, for example, related to the increasingly stringent climate conditions of many states as well as the increased use of alternative-fuel vehicles that reduce fuel consumption. However, compliance with the Paris Climate agreement is also an important factor in this scenario7.

In addition to BP, investors from Glencore as well as the company management themselves received a letter from the NGO ClientEarth: The raw material giant had painted an overly optimistic picture of the future coal market in the previous year’s report and thus deceived its investors. The lawyers of the environmental organization claim that Glencore presents a selective reading of current coal market trends, which predicts a much too optimistic interpretation of future coal demand. In particular, the positive assessment in demand for thermal coal is at odds with statements by competing companies such as Shell and Anglo American and independent analysis by the International Energy Agency (IAE)8. The latter describes a globally declining carbon demand, where China has possibly already reached the pinnacle of its coal usage910. This is supported by a reduced demand for coal in China, whose consumption has already declined for the third year in a row11.

Companies that continue to focus on fossil sources of energy and obscure real risks do not only harm the climate, but also increase the financial risk to investors. Since the Paris Climate Agreement, there have been an increasing number of cases against both states and companies worldwide in relation to climate justice12. This is also in reference to the report published by the UN Environment Program in March 2017, which currently shows 884 climate impacts In 25 countries – the number of cases has tripled since 201413. Responsible investors too can take advantage of their position to positively influence companies activities in this regard.