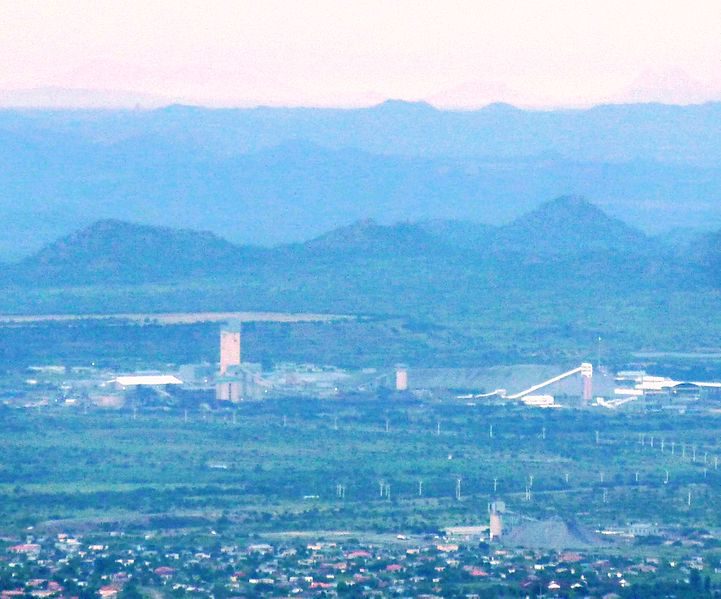 The Southern African Development Community (SADC) is an association of 15 Southern African States that promotes a variety of projects with the goal of promoting economic growth throughout the region1. South African banks play a major role in funding these projects, as the SADC encourages investment by private companies2. Since the beginning of 2012, the Banking Association of South Africa (BASA) has established a set of provisions, as well as other codes of conduct that aim to establish principles regarding environmental, social and ethical standards. However, the codes are either established on a voluntary basis, or do not apply to banks. South African banks have neglected the BASA code and in turn have established their own set of rules when it comes to mining project investments3.

When deciding upon an investment opportunity, the banks conduct an ample due diligence process that considers the profitability of an investment. Southern Africa Resource Watch (SARW) has conducted a comprehensive study of South African banks and their commitment to an environmental, social and ethical and find that the due diligence process does not properly assess these important standards3. The report includes South Africa’s largest banks, such as ABSA, First National Bank, Investec, Nedbank and Standard Bank.

In a series of case studies, SARW demonstrates that the investments by South African banks have repeatedly violated ethical standards. The Ghagoo diamond mine in Botswana was funded with a $25 million short-term debt facility by Nedbank in order to construct a diamond mine in the Central Kgalagadi Game Reserve (CKGR), which was established in 1961 in order protect the indigenous Basarwa community. Even though, the Basarwa community expressed their unwillingness to relocate, the Botswana government evicted many Basarwa to make place for a diamond mine. In 2006 the High Court of Botswana ruled in favor of the Basarwa community, arguing that the indigenous people had been illegally relocated from their land. The short-term debt contract by Nedbank was concluded in 2014 and the mining cooperation Ghagoo diamond began operating the mine in September 20143. When Nedbank was asked about their involvement in the Ghagoo diamond mine, it argued that an Independent Technical Consultant (ITC) report had exhibited “no flaws in any aspect of environmental or social compliance relating to the Ghaghoo Diamond Project”4.

Another case that severely questions the ethical standards of South African banks, is the atrocious event that took place in August 2012 at the Marikana platinum mine in South Africa. In light of the new study by SARW, the Marikana mine now draws our reoccurring attention. During a strike, the South African police opened fire on a group of protesters and violently killed 34 of them5. A commission was set up by President Zuma in order to investigate the shooting and report the role of the mine owner, Lonmin plc. As part of obtaining the mining license, Lonmin plc was ordered to build 5500 houses for migrated mineworkers. The final report found that Lonmin plc had only build a total of three houses until that time and that the housing shortage played a significant role in the mineworker’s protests6. A total of three South African banks (Standard Bank, First Rand Bank and Investec Bank) largely invested in the Marikan Mine. Their contracts with Lonmine plc were designed as a revolving line of credit. In the case of the Marikana mine this means that the three banks provided one R330 million commitment over five years, as well as an additional annual commitment of R330 million that is decided upon at the discretion of the bank7. The previously named banks continued their funding from 2011 throughout June 2016 when the five year commitment ended6.

There are four other mining projects included in the study that discuss the involvement of South African banks. Each case raises questions about the ethical standards of the investments and banks have to reevaluate their practices, if they want to contribute to greater environmental sustainability and take the rights of workers as well as communities seriously.

previousNet1 UEPS Technologies Inc. profiting off the poorest and most vulnerable in South Africa
nextClientEarth questions BP and Glencore’s predictions for oil and coal.