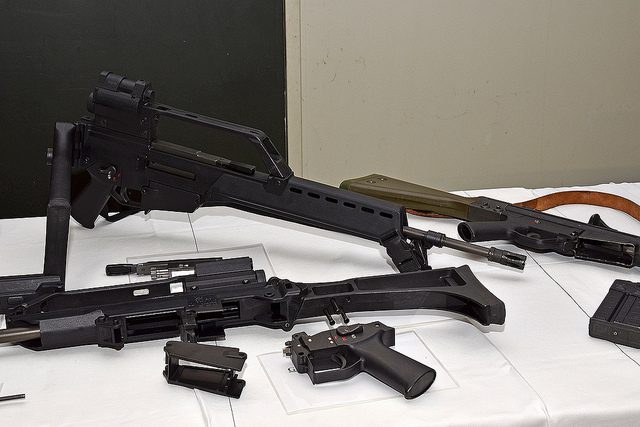 According to the Government Report on Military Equipment Exports for the first half of 2016, Germany’s export licenses for small arms ammunition increased tenfold, compared to the same period of the previous year.1

There has been significant change in the ranking of the customer countries – among which are some crisis regions. In the first half of 2016, Turkey increased its arms procurement from Germany, going from 25th to 8th place in the list of arms-trading partners. Ankara bought arms worth EUR 76.4 million in the first half of 2016. Aircraft parts, drones, and engines accounted for two thirds of the purchases.
Due to growing uncertainty regarding North Korea, South Korea increased its imports to EUR 205 million, moving from 10th to 4th place.
Saudi Arabia remains third in the rankings, but increased its armaments imports from 179 million euros to EUR 484 million. By accepting a frigate worth EUR 1 billion, Algeria currently ranks on top of the list of arms-trading partners.2