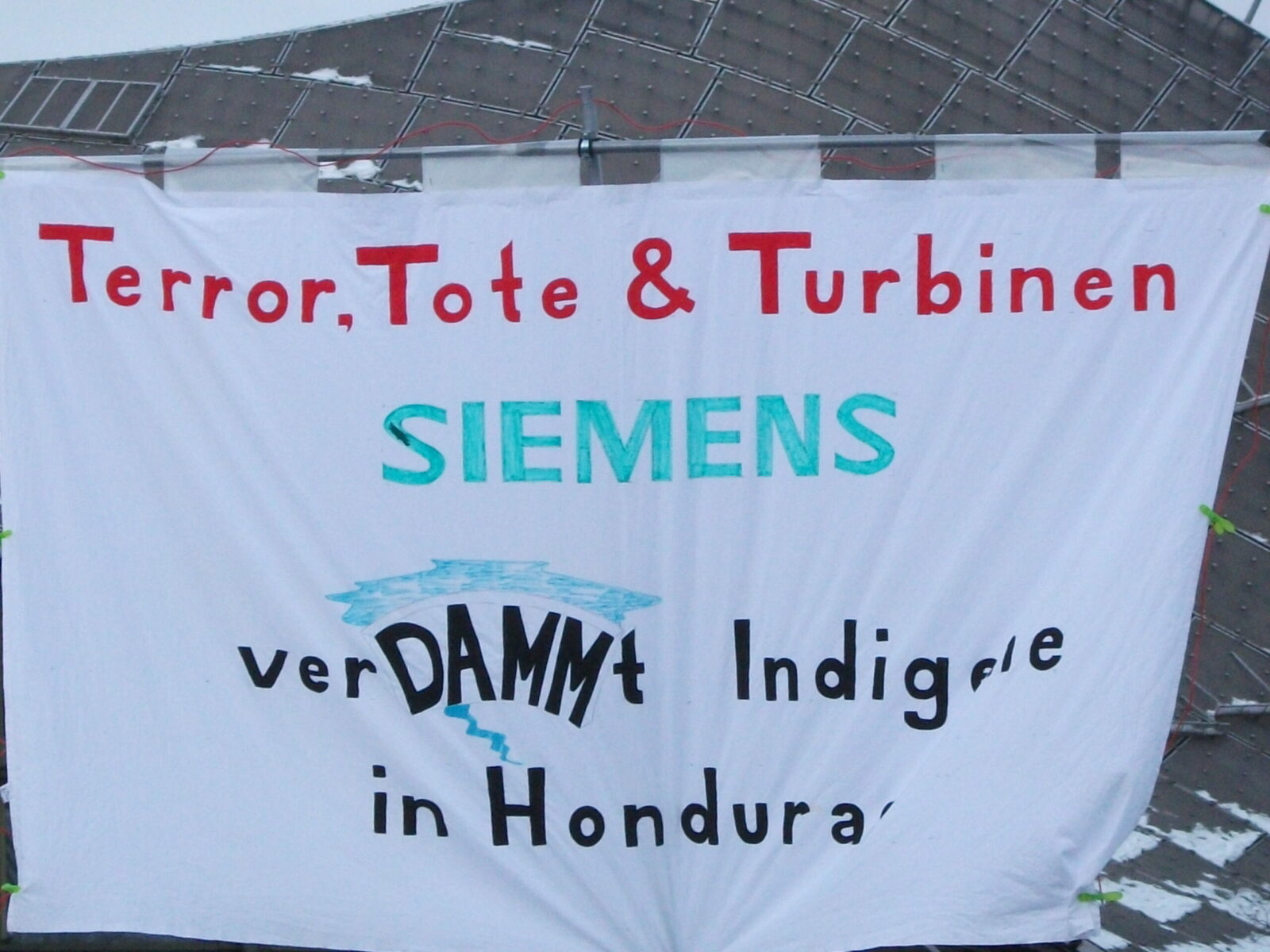 Since 2013 Berta Cáceres has led her community in peaceful opposition against a hydropower project on the river Gualcarque, the Agua Zarca Dam project. The river is sacred to the Lenca people and there was concern that the project would alter the sacred river and limit their access to drinking water and food.1 According to the New York Times, Berta Cáceres’ campaign involved ‘filing legal complaints against the project, organising community meetings and bringing the case to the Inter-American Human Rights Commission.’ For this diligent work she won the Goldman Environmental prize.2 On March 3rd gunmen murdered Berta Caceres in her home in La Esperanza, western Honduras.

Just two weeks later, on March 15th, a further member (Nelson Garcia) of the organisation that Berta represents (the National Council of Popular and Indigenous Organizations of Honduras -COPINH) was killed when Honduran military police forcibly tried to remove 150 families from their land.3.

There has been widespread condemnation of the incident and of the project as a whole. Despite international law, which states that indigenous people must be consulted on projects affecting their land, the Lenca people claim to have not been consulted on the dam project. For over a year the organisation COPINH maintained a blockade to protest the project. The protest prompted the Chinese company SinoHydro to pull out of the project4. Today (16th March 2016) the FMO has suspended all activities active in Honduras due to the ongoing violence and apparent inability for free speech. FMO will no longer be involved in the Agua Zarca dam project5. FinnFund a further supporter of the dam project has also withdrawn6. The Central Bank for Economic Integration (CABEI) has not yet dissociated itself from the project.7

However the company building the dam, Desarrollos Energéticos S.A. (DESA) is continuing with the project. Voith Hydropower, a joint venture between Siemens and Voith8, is responsible for delivery of three Francis turbines (total installed capacity of 22 Megawatt), along with generators and automation equipment (as well as the supervision, erection and commissioning) to the Agua Zarca dam project. Voith have noted that they will discuss the situation with their customer Desarrollos Energéticos S.A. (DESA) but have not cut ties. A statement from Voith Hydropower regarding the situation is available here:

Investmentfunds, that have shares in Voith.

Investmentfunds, that have investments in Siemens

Shareholders in Siemens according to Morningstar.