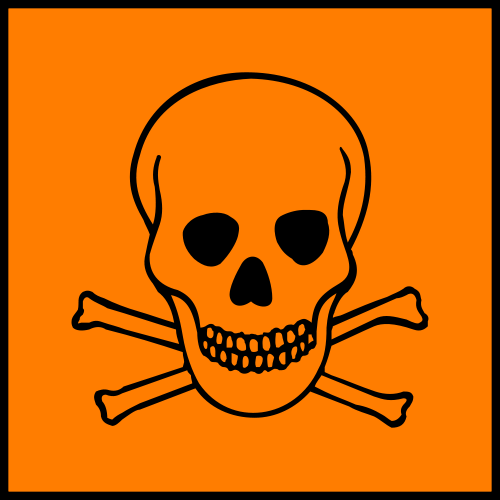 „My son’s name is Ming Kunpeng. He just turned 26 years.” His father sits next to his son and slips medicine into his hand. „This should be the best time of his life.” He gives his son a loving look but Ming just stares strait ahead. Ming is ill, he has leukaemia, an aggressive form of cancer caused by benzene.

Ming worked for a supplier’s factory for phone chips. He got poisoned in the factory during his work with benzene. Like Ming there are many workers in the production facilities of great electronic producers subjected to hazardous chemicals like benzene or n-hexane, constantly in danger to get poisoned. Normally safety precautions like adequate protective clothing and precise trainings would be required for the use of toxic substances. But these precautions are often not taken.1

The work with these chemicals has fatal consequences for the workers: n-hexane causes nerve damages and paralysis. Inhaling benzene causes reproductive abnormalities and – like in Mings case – leukaemia.2

The US-American environmental organization Green America, the Hong-Kong organization SACOM and the organization China Labor Watch particularly denounce the social evil in Apples supplier’s factories. In the context of their campaign “Bad Apple: End Smartphone Sweatshops” they collect signatures demand better working conditions in the supplier’s factories.32 “Together with Green America, we demand that Apple takes responsibility and removes chemicals like the solvents n-hexane and the carcinogen benzene, which is known to cause leukaemia providing its workers with a legal standard of welfare”, says Kevin Slaten, programme co-ordinator at China Labor Watch.4 The organizations hope that if Apple improves working conditions the company will send a signal to other companies motivating them to make improvements in their supplier’s factories, too.5 “We are targeting Apple because it has given itself a tremendous amount of responsibility but actions speak louder than words, and it has the potential to drive change because of the sheer size of its manufacturing base in China”, Slaten added.4 Also other great electronic producers like Samsung, HP and Dell are accused of using hazardous chemicals.2

The solvent n-hexane is used for phone production, for cleaning displays to be exact. It evaporates three times faster than other comparable solvents so that more displays can be cleaned, saving time – and money. Benzene is also used for cleaning electronic components.2 There are comparable and less toxic chemicals but benzene is the cheapest one.6 In the end, it’s the worker who pays the price for maximizing profit, says Slaten.5

The social entrepreneur Heather White made a film about the hazardous chemicals in Chinese phone factories. “Through my work on labor issues I had seen a number of factory workers who had been injured or been struck by illness unexpectedly. But before I began researching this film on China I had never heard of the extent of benzene’s use in American brands’ supply chains. Once I arrived though it was difficult to ignore. There were signs of benzene poisoning at all the factories I visited”, she says. White also met Ming Kunpeng, whose parents fought for a long time to prove that their son got ill in the factory during his work. But the factory refused to hand over the paper work. Six month after his meeting with White Ming committed suicide.6

On enquiry of the Guardian concerning the “Bad-Apple” campaign an Apple spokesman disavowed responsibility and explained that the company “require[s] that [their] suppliers around the world meet or exceed respected US safety standards such as Osha, the National Institute for Occupational Safety and Health, and the American Conference of Governmental Industrial Hygienists.”2 According to the statement, last year Apple conducted nearly 200 factory inspections which focused on hazardous chemicals. Protesting groups are sure the results were embellished.7

Nevertheless, a „requirement” does not seem to be enough to ensure the human wellbeing of the workers in their supplier factories. In view of the fact that using less toxic chemicals than n-hexane or benzene the companies would only pay about one dollar more per phone than now, electronic groups like Apple with profits of billions each year cannot evade responsibility.3