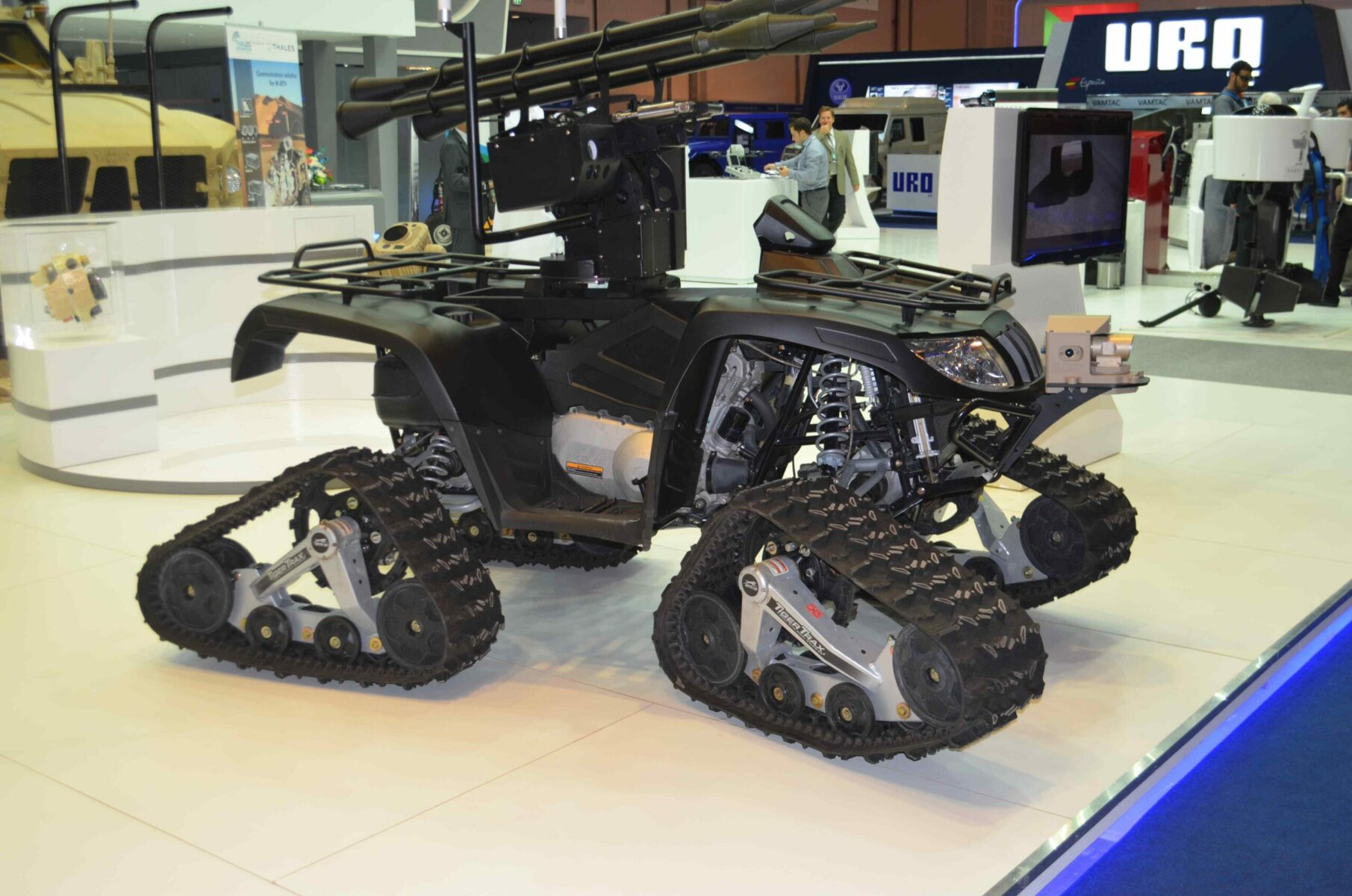 (Berlin/London)- Embargoed until 04/23/2013, 11:00 CET / 10:00 GMT – Autonomous weapons designed to independently locate and destroy targets without human intervention must be banned. This is the message launched today in London by the newly formed “Campaign to Stop Killer Robots.”

Semi-autonomous unmanned weapon systems, e.g. Drones, have long been components of modern warfare. The German Army currently uses them and, to the delight of German manufacturers and technology companies, intends to procure armed versions in the future. Fully autonomous military combat robots programmed to independently attack and kill could be operational in the near future thus confirming the fears of many NGOs, (non-governmental organizations), including Human Rights Watch, Amnesty International, Article36, IKV Pax Christi, the “International Committee for Robot Arms Control,” and Facing Finance from Germany.

“People should never entrust machines with decisions of life or death,” says Thomas Küchenmeister of Facing Finance. Facing finance e.V. is a German member of the “Campaign to Stop Killer Robots” concerned with financial institutions that finance, (at times unconsciously), companies who continue to develop and/or produce killer robots. Facing Finance calls on investors not to invest in companies profiting from violations of human rights, environmental pollution, or the production of controversial weapons and will investigate who are the producers of killerrobots and who funds them.

Unmanned weapons systems were (UAV & UGV) this year’s hot-topic at the IDEX 2013 in Abu Dhabi – the world’s largest arms fair. Various exhibitors acknowledged offering unmanned systems with the ability to act autonomously. Still others pointed out that authoritarian rulers are particularly interested in drones, among other technologies. According to Denel Dynamics, a South African manufacturer, demand from the Middle East, Asia, and Africa has rapidly increased.

Certain unmanned weapons have the option to be semi-autonomous or fully autonomous. Whether they are equipped with the ability to be fully autonomous is ultimately a political decision. Reflecting on the IDEX arms fair, Mr. Küchenmeister noted, “Technologically speaking, there are no limits.” Even a German manufacturer commented casually, “we could offer an autonomous mode in our systems if political entities request it.”

In addition to the political and technical concerns surrounding the use of fully autonomous weapons, the campaign deliberates the morality and legality of their use. For example, international laws of war regarding attack methods mandate a clear distinction between military and civilian targets, which autonomous weapons cannot afford.

“Any way you look at it, when anticipated civilian damage is viewed in proportion to damage incurred by the intended military target, such a distinction between combatant and non-combatant is too complex a calculation to be delegated to computers in the foreseeable future, ” said Jürgen Altmann, co-founder of the “International Committee for Robot Arms Control,” one of the founding organizations of the “Campaign to Stop Killer Robots.” He goes on to say, “autonomous weapons simply cannot mimic human judgment or understand context.”
The campaign calls for a comprehensive, preventive prohibition in the development, production, and deployment of fully autonomous weapons systems achieved through international law, treaty, or similar measures.

How this should be achieved will be discussed at a conference in London where over 60 NGO representatives from around the world will convene.

Websites for the Campaign to Stop Killer Robots:

Website of the “International Committee for Robot Arms Control,”
http://icrac.net