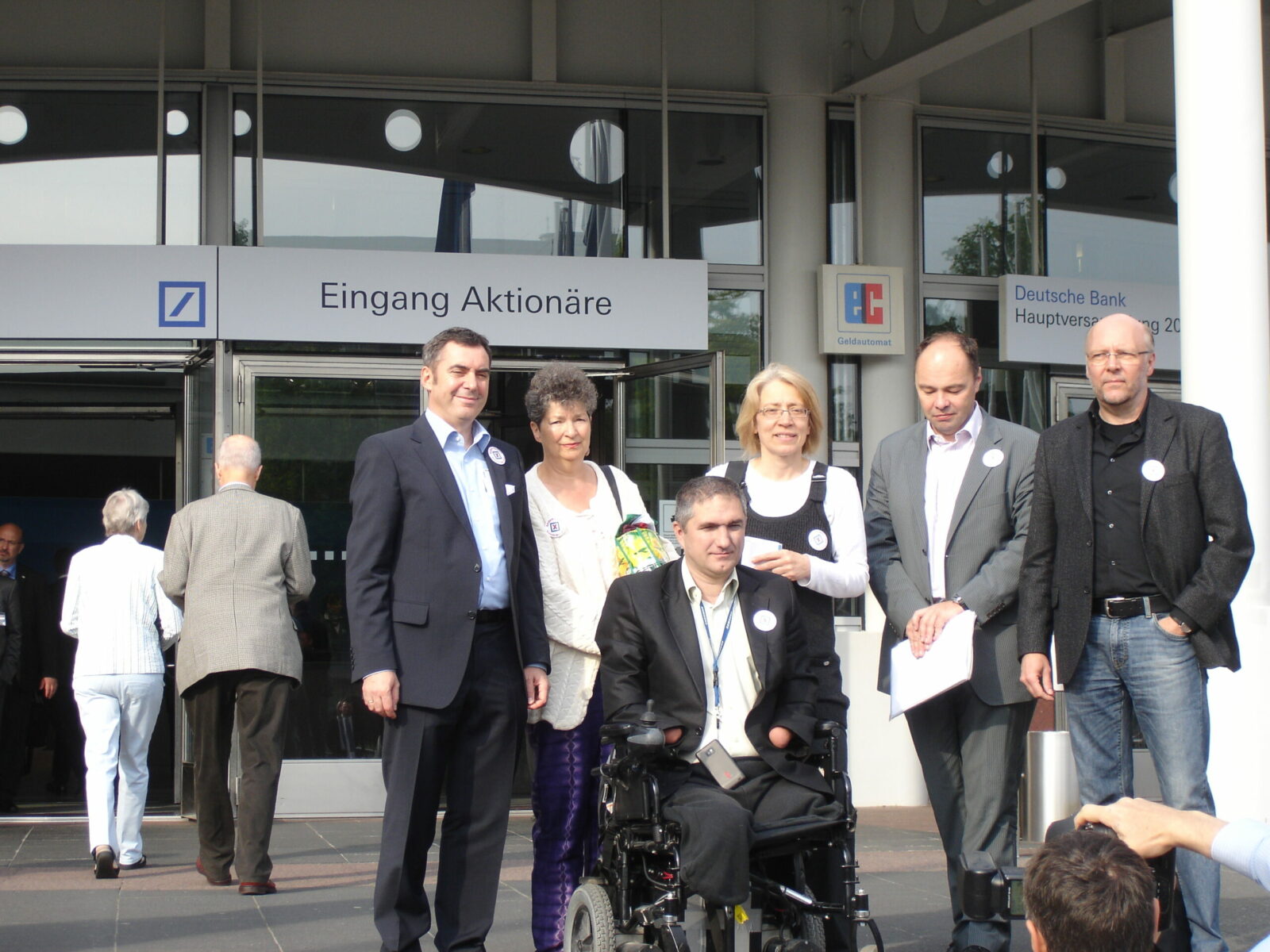 According to Barbara Happe from urgewald, Deutsche Bank often made transactions in the past, which have been on other financial institutions’ indices long ago. Deutsche Bank, thus, belongs to the financial service providers, which not only benefit from inacceptable coal-, nuclear- and armament funding but also contribute to the introduction of highly speculative natural resource funds.

Above all, the group complains about financing arms manufacturers, which produce armaments against international law, such as cluster munitions and nuclear bombs. Thomas Kuechenmeister from Facing Finance criticizes it would be cynical, on the one hand, to publish a sustainability report that advertises the bank would pay 83 million for education, social purposes and sustainability, and on the other hand, provide the TOP 5 of the international arms industry with billions of dollar. The business relations with producers of cluster munitions are accumulating at the moment- in spite of repeated assurances of withdrawal from such businesses- up to 500 million euro. ‘Arms trade often leads to human rights abuses, violations of the international humanitarian law and supports corruption.’ states Thomas Kuechenmeister and references that the Deutsche Bank is the most important business partner of the producing companies of the battle tank Leopard 2, which are expected to be conveyed to Saudi-Arabia.

Matthias Wolfschmidt, the representative of foodwatch, criticizes the ongoing PR-tricks of the Deutsche Bank, saying it was dishonest to announce the cancellation of new, exchange-traded investment products on the basis of staple foods as a huge progress and, at the same time, to continue with existing products that aggravate the hunger crises on earth.