Cluster munitions victims are disappointed of the Deutsche Bank 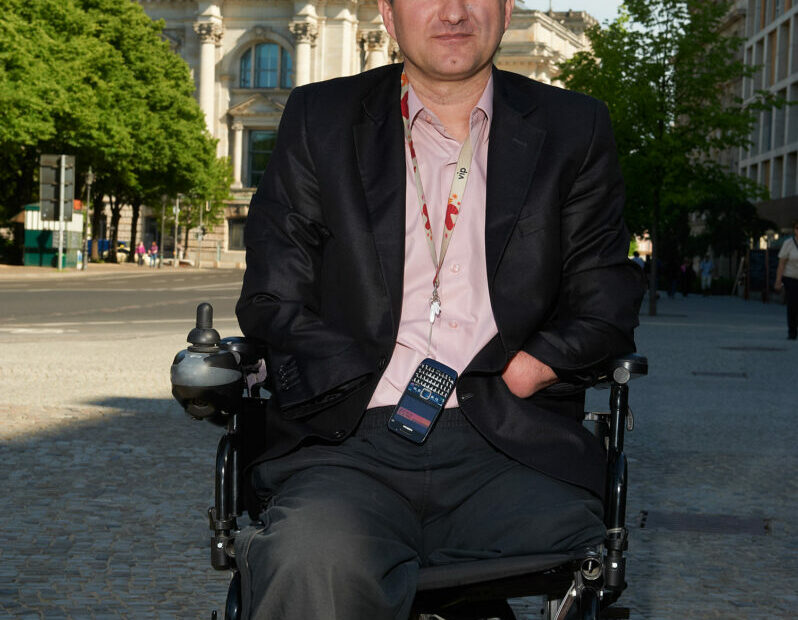 Branislav Kapetanovic worked for UXO (unexploded ordnance) clearance in Serbia until he was seriously injured by a BLU-97 cluster bomblet. Today he is a spokesman for the International Campaign against Cluster Munitions (CMC) and is engaged in a worldwide ban against this weapon. On May 24, 2011 he spoke to deputies of the German Bundestag, asking for a prohibition against investments of cluster munitions. On May 26, 2011, Kapetanovic talked to shareholders and chairmen of the Deutsche Bank urging them to withdraw from investments in cluster munitions. Deutsche Bank manager Ackermann answer back then was he could well imagine to back out from such investments and even confirmed the withdrawal on February 2, 2012 in the ARD Tagesschau.
Now, after FACING FINANCE revealed that the Deutsche Bank is still engaged in such investements Kapetanovic said ‘I am highly disappointed of the breach of promise by the Deutsche Bank’.